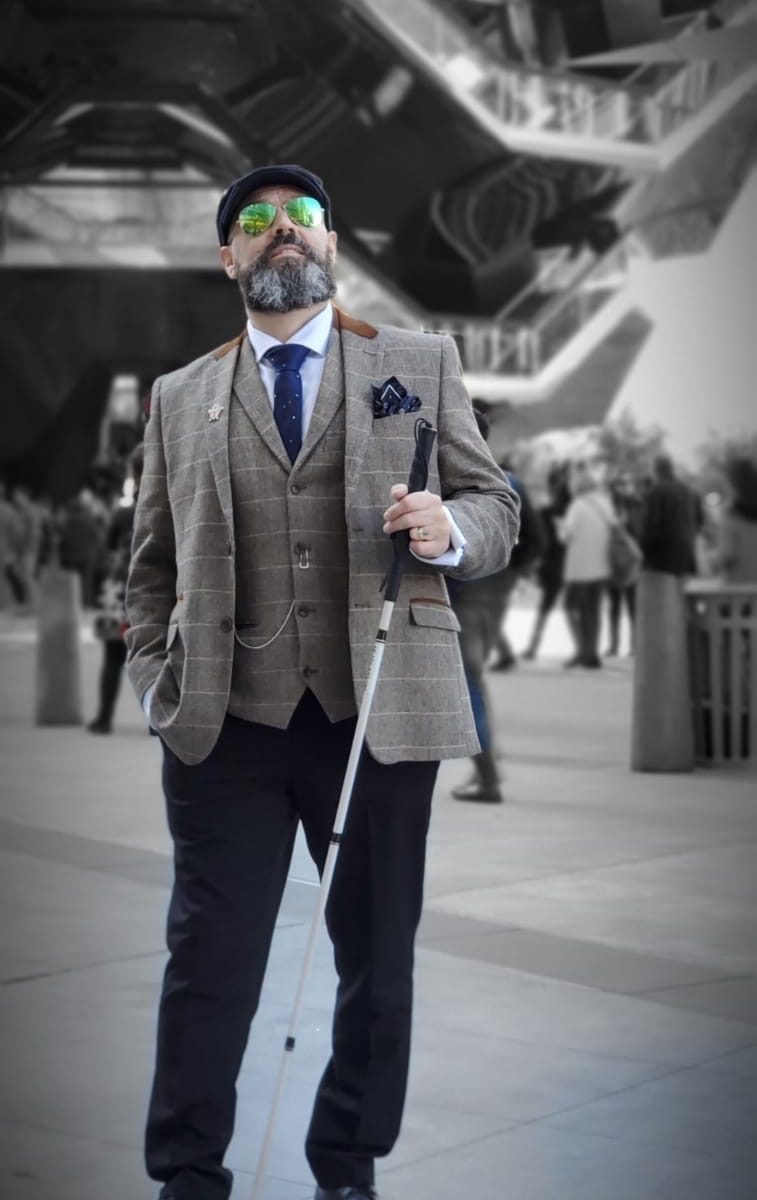 DAVE STEELE (AKA THE BLIND POET) TO OPEN WHITESTICKFEST 2022.

Dave Steele is an award-winning poet, author, public speaker, singer, and advocate for the blind based in the UK.
Diagnosed with Retinitis Pigmentosa (RP) in 2014, this genetic eye condition left Dave severely sight impaired.
A gifted songwriter and musician Dave turned to writing poetry to help him find words for the emotions resulting from his loss of sight.
When he decided to share his work he could never of imagined the community he unearthed and how much his words meant to those dealing with the same loss that he did.
Several best selling poetry books later, The Blind Poet brand is one that inspires, guides, supports and advocates for people of all ages that are experiencing sight loss around the globe
He serves as a role model and an ambassador for some of the most reputable organisations around the world.
A humble person and a pillar of the community.
We at WhiteStickFest hold him at the highest esteem and are privileged to consider him a friend.
For more information about the Blind Poet please visit his website.
https://theblindpoet.net 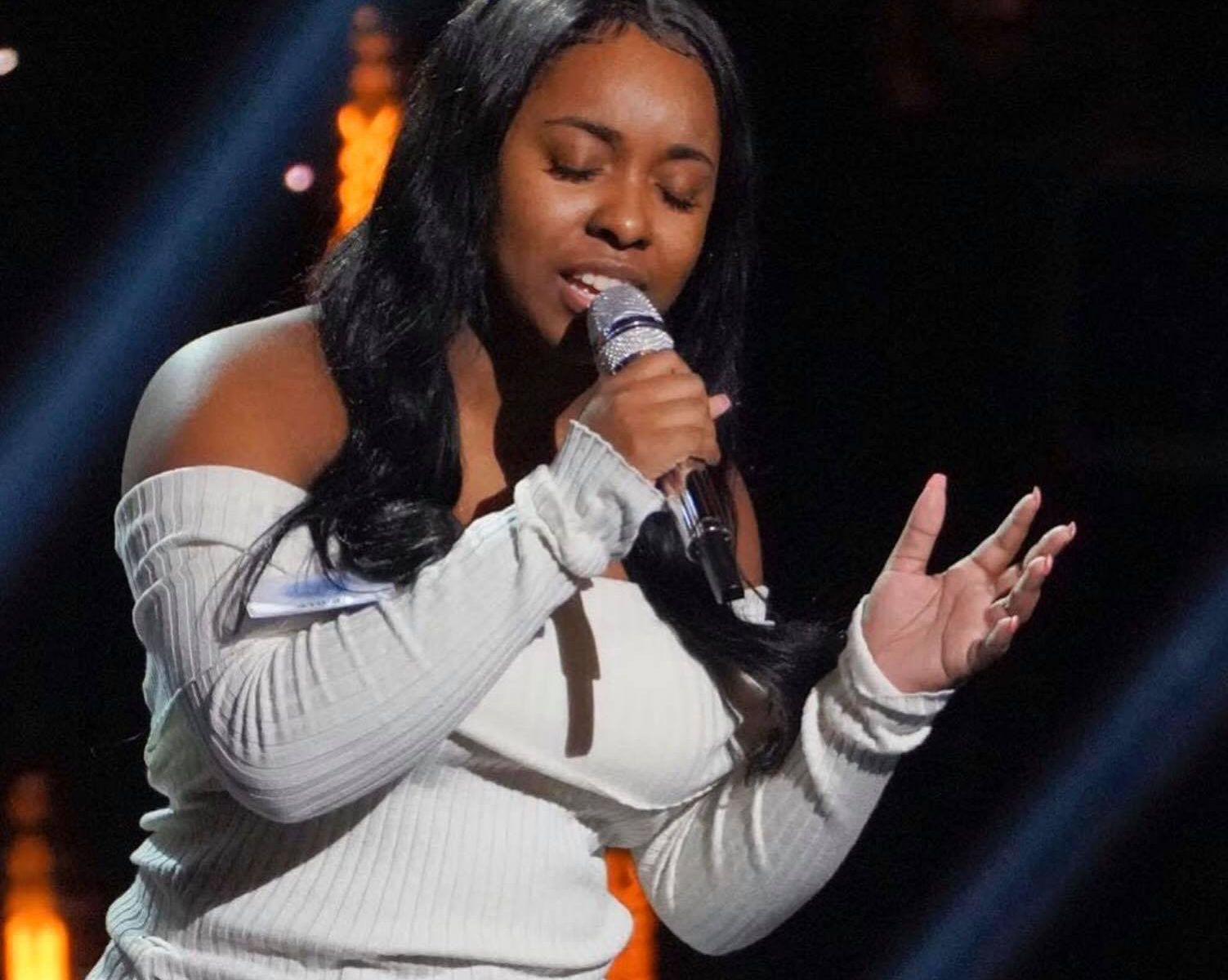 #WhiteStickFest is pleased to once again feature the powerful presence and vocals of Shayy.

One of American Idol’s most memorable contestants of 2019, Shayy Winn captured hearts across the nation bringing Lionel Ritchie to tears in the process.

Many years later Shayy has released four hit singles and is currently working on an Album.

Her music can be found on her Youtube channel below 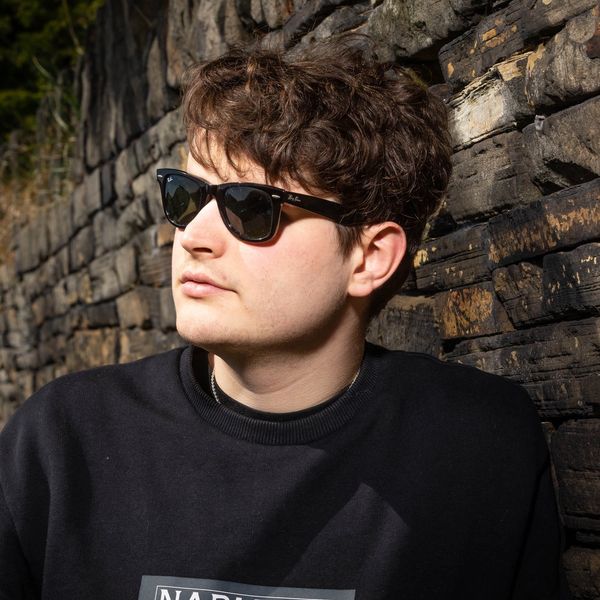 Sean Harrington joins WhiteStickFest Family.
Sean Harrington hails from the UK and is undoubtedly a evolving talented on the rise.
Rooted in Irish folk, Blues, Rock ‘n’ Roll, Punk, and Indie music.
Sean is a dynamic vocalist with guitar in hand and a engaging songwriter.
WhiteStickFest is convinced they’re have unearthed a real talent in Sean Harrington and encourages you to check out some of his other music including his hit song landslide. 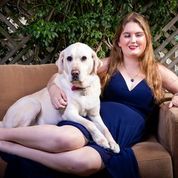 Another proud Novacastrian Kirsten Busby is a rising star in the world of classical music.

Gaining attention whilst partaking in the Opera Australia Rising Stars Concert in 2014.

In 2015 she performed in Judith Clingan 'Songs of Passion and Compassion’, the ‘High Court Christmas Party’

In 2016 she played Cosette in the Gungahlin College production of ‘Les Misérables’ and a chorister in the Canberra Symphony Orchestra production of ‘Beethoven Symphony No 9’.

Kirsten appears comfortable on the global stage and with further growth between last years concert she appears destined for further operatic honours.

Here is Kirsten’s performance from 2021 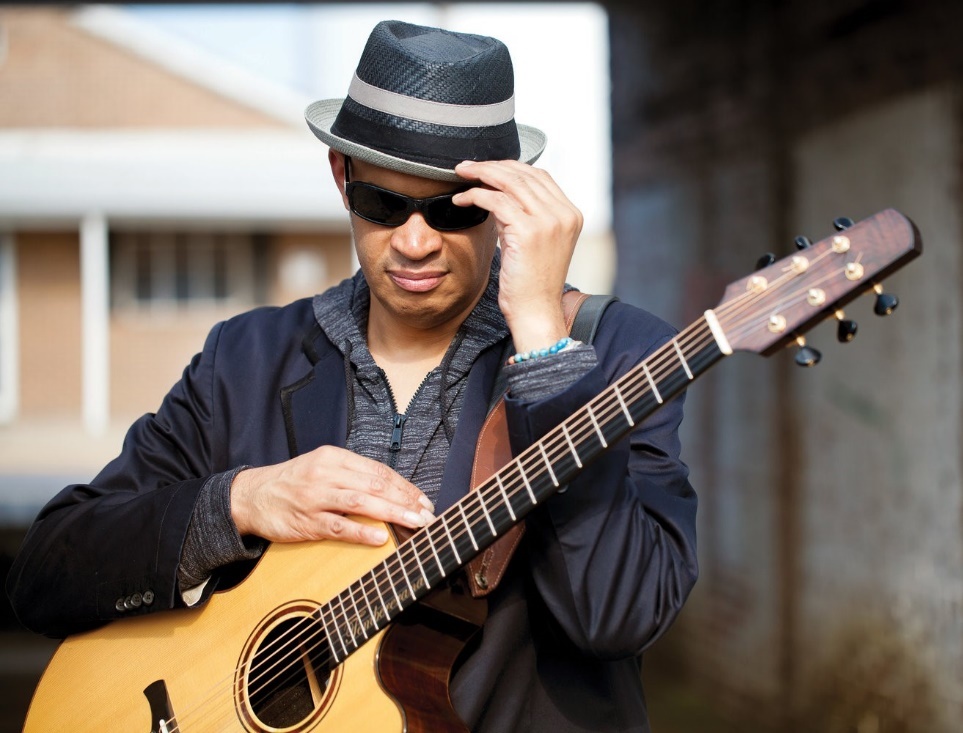 WhiteStickFest to be headlined by the Grammy nominated superstar
Raul Midon
Raul is best described as a musical genius.
A gifted songwriter, smooth baritone vocalist, prodigious guitarist and charismatic showman of the highest level.
A live performance from Raul is truly an immersive experience that none soon forget.
11 studio albums, 2 Grammy nominations and collaborating with the likes of Herbie Hancock, Stevie Wonder and Bill Withers to name just a few.
Currently touring the world and arriving on Australian shores on the 26th of October as part of the Queenscliff Music Festival we sincerely could think of no one better to close out WhiteStickFest 2022.
See below for a taste! 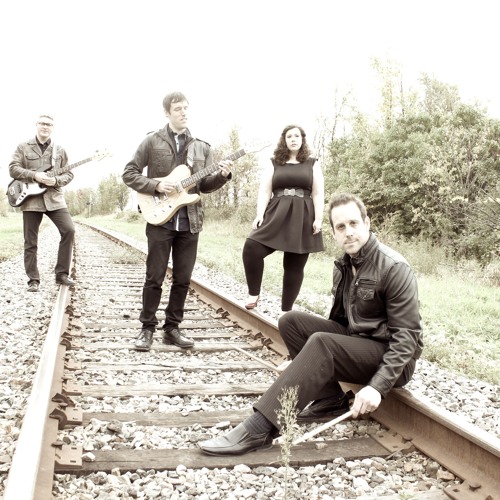 The Lucas Haneman Express is an award winning Blues band from Canada, often described as a fresh funky powerhouse band with an expressive and soulful sound but also lending itself to styles as diverse as Funk, Folk, Reggae & Rock, tied together by a pinch of the Jazz

and the John Butler Trio from Australia (just to name a few).

The countdown is live on our website at www.whitestickfest.org and we cant wait for them to take to our virtual stage. 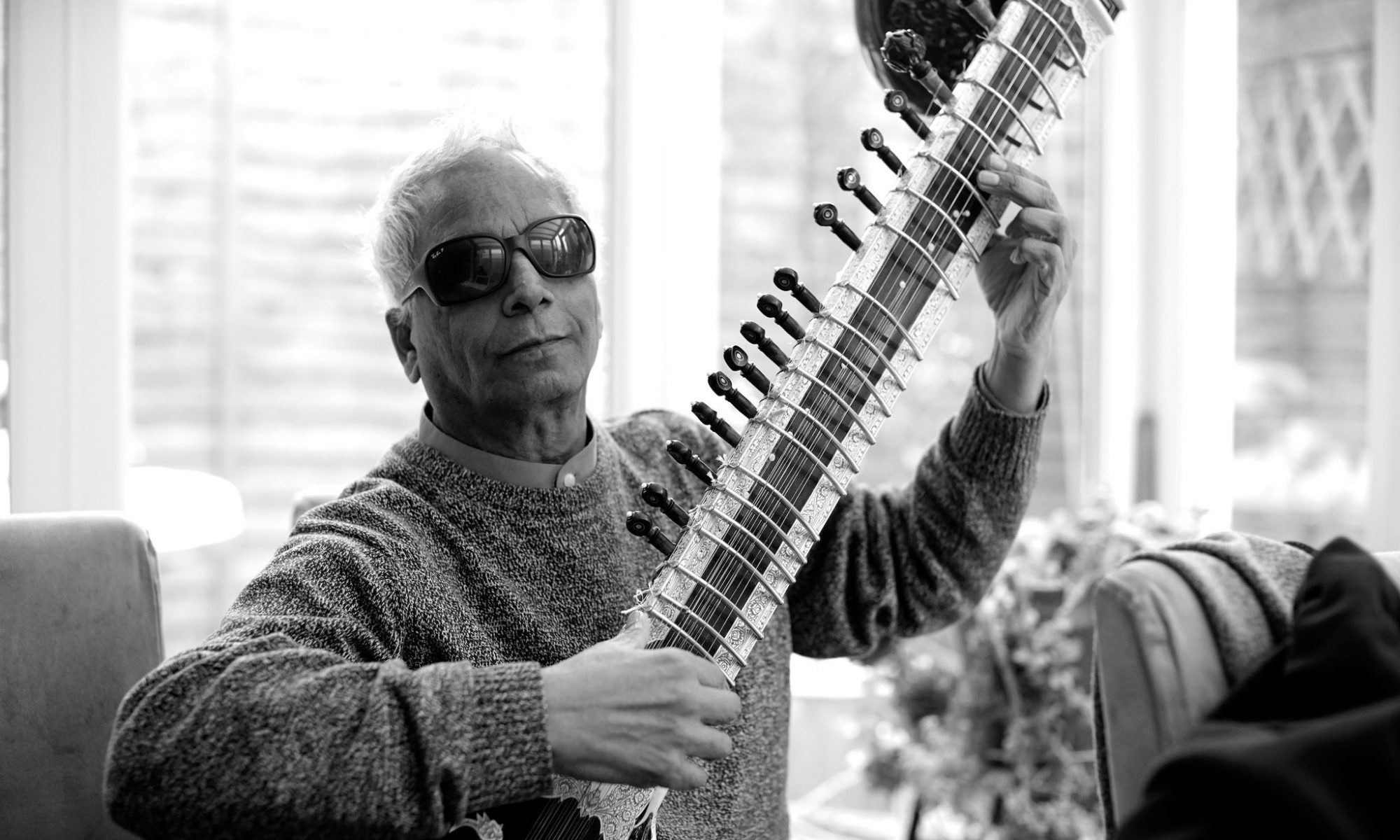 WhiteStickFest is blessed to confirm that we will feature a highlights package by the one and only Sitarist to the stars Baluji Shrivastav and the Inner Vision Orchestra!

Baluji Shrivastav OBE, a master in; Sitar, Surbahar, Dilruba, Pakhavaj and Tabla,is one of the greatest multi-instrumentalists India has ever produced.

Baluji has his own Jazz ensemble ‘Jazz Orient/Re-Orient’

and recorded a number of albums with a wide range of contemporary artists including;

Blind from birth, Baluji has spent his life challenging the stereotypes around the blind and is one of the industry’s leading and most respected musicians.

Among many noted accomplishments, he established the Baluji Music Foundation in 2008

– an organisation which aims to support visually impaired musicians,

then in turn founded The Inner Vision Orchestra in 2012

– the world’s only professional ensemble of blind and partially sighted musicians.

alongside The British Paraorchestra and Coldplay at the Closing Ceremony of the  2012 London Paralympic Games. 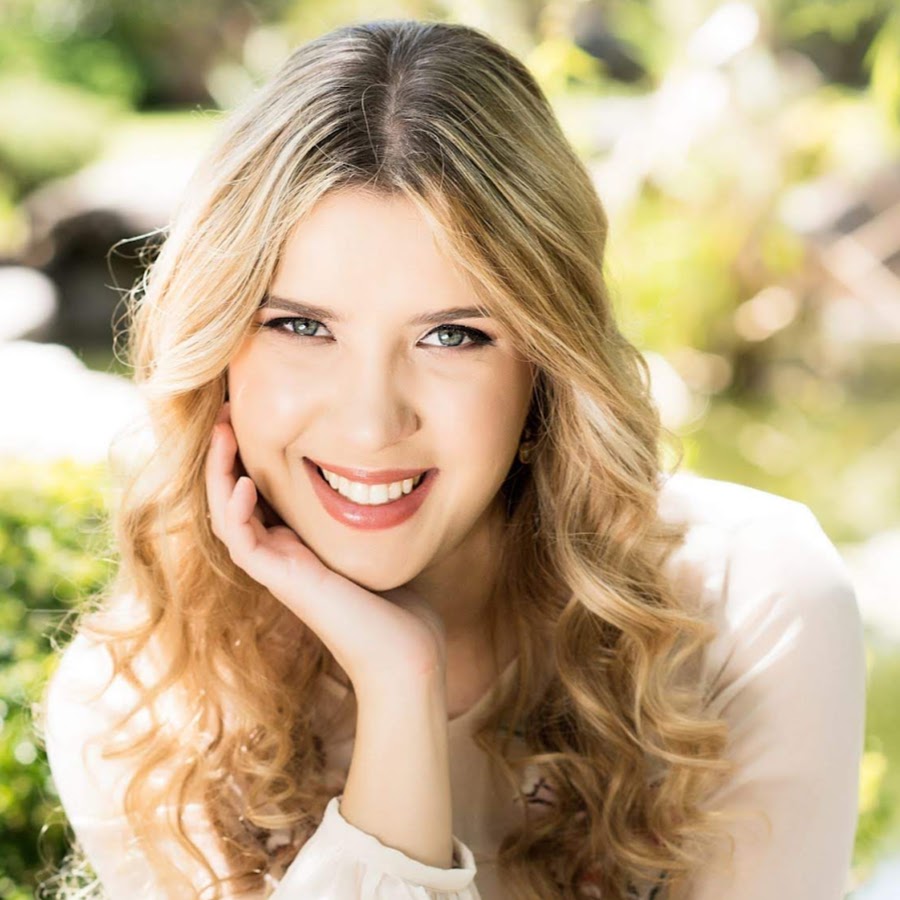 Rachael Leahcar returns as our local headline for this amazing online concert on 15 th October 2022 at 10am Australian eastern standard Time @.WhiteStickFest.org

Rachel was second runner up on the inaugural season of The Voice Australia 2012 and has both sung across Australia and internationally ever since. She has released five consecutive top 10 charting albums on the Australian charts as well, she sings in six languages, English, French, Italian, German, Spanish and Latin.

Rachael was diagnosed with retinitis pigmentosa soon after birth and now has less than 5% vision however this doesn’t stop her achieving her goals & dreams.

Besides singing, Rachel is a confident motivational speaker and disability advocate.

She is also studying a Bachelor of Disability and Developmental Education, which she hopes to use to help others and highlight injustice in the sector.

We are thrilled to have Rachael on board for second year and can’t wait for another amazing performance of one of her NEW original songs. 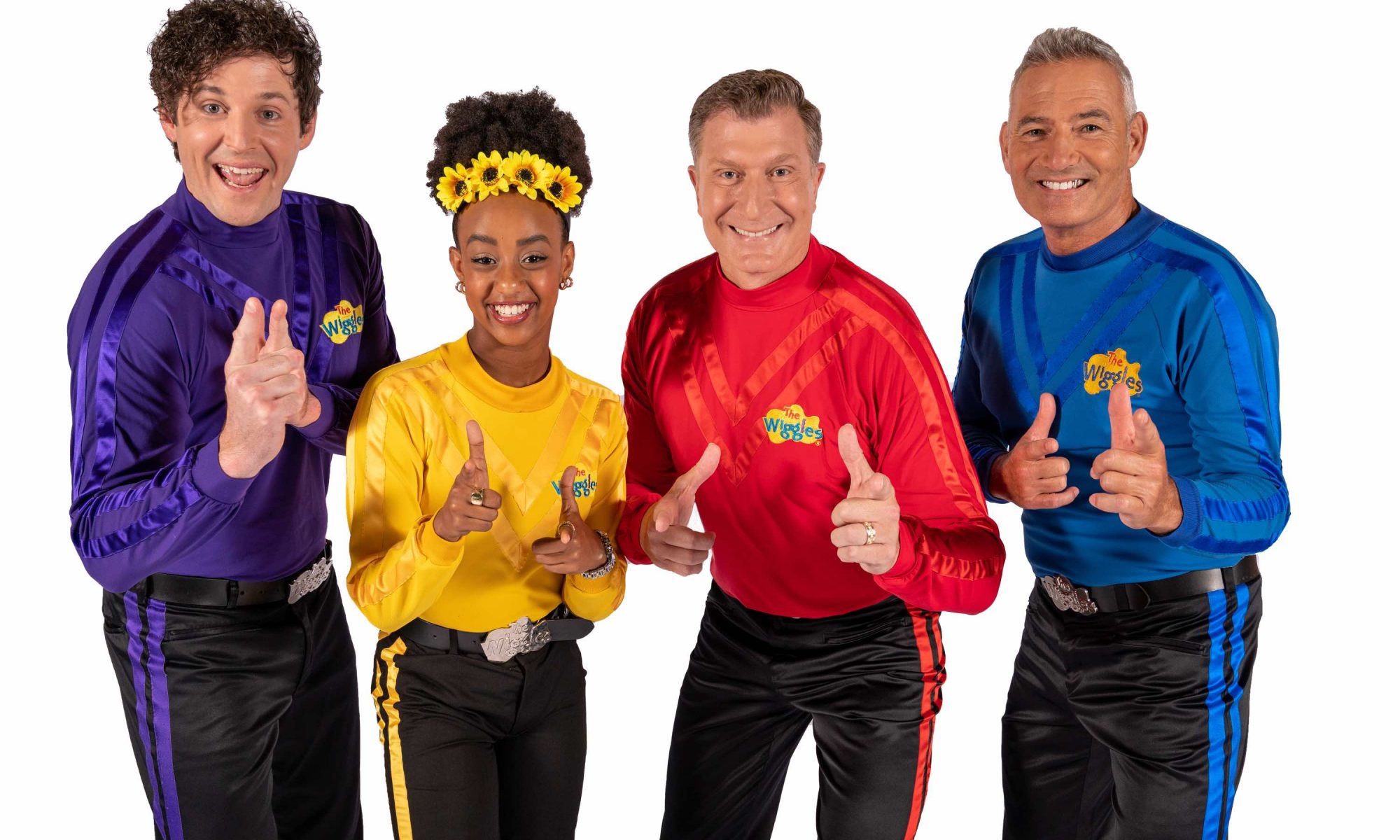 For the third White Cane Day in a row we will feature the world’s top charting children’s band The Wiggles!

The Wiggles have been entertaining millions of families across the globe for over 30 years. The band has sold over 30 million albums and DVDs, 8 million books, as well as accumulating over one billion music streams and 2 billion views on YouTube. More than 70 album and DVD releases later, The Wiggles have earned 18 gold, 13 platinum, 3 double platinum and 10 multi-platinum awards, and have been awarded 13 ARIA Awards for Best Children’s Album (making ARIA history as the most awarded ARIA winner in the one category), and inducted into the ARIA Hall of Fame.

More Wiggly fun can found below on their YouTube channel 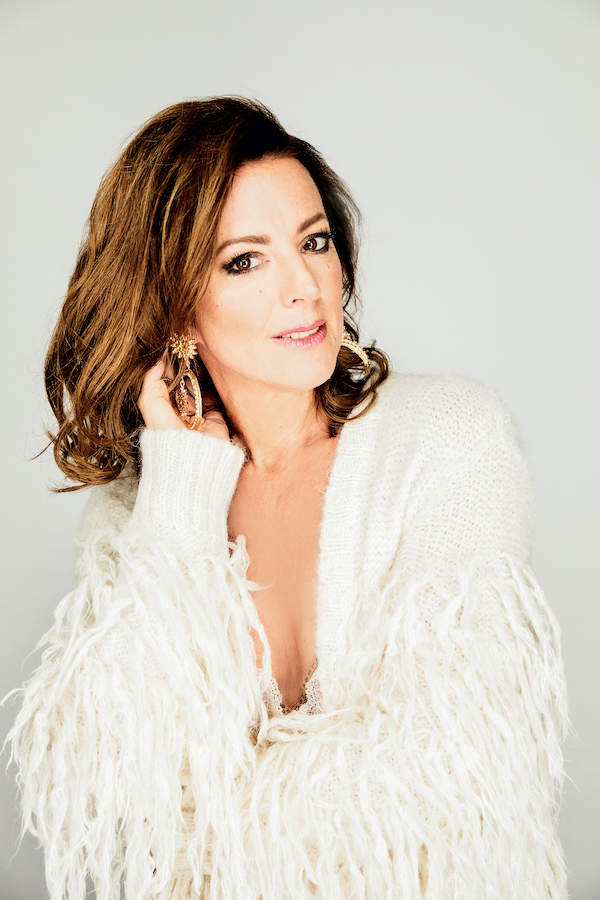 We are beyond thrilled to announce that Sarah McLachlan will join our lineup for WhiteStickFest 2022 for the very first time!
Sarah McLachlan is one of the most celebrated singer songwriters in entertainment with over 40 million albums sold worldwide. She has received three Grammy Awards and twelve Juno Awards over her career and has been inducted into the Canadian Music Hall of Fame.
Sarah’s music embodies the art of songwriting on its most personal level and her indelible vocals resonate with people everywhere. Her songs have had a profound influence; “Angel,” “Building A Mystery,” “Fallen,” “I Will Remember You,” “Adia,” “Sweet Surrender,” “World On Fire,” “Possession,” and countless others are an inspiration to music lovers around the globe.
In addition to her personal artistic efforts, Sarah founded the Lilith Fair tour, which showcased female musicians and brought over two million people together during its three-year run.  Lilith Fair raised over $7 million for local and national charities and was the most successful all-female music event, launching the careers of numerous performers.
Following Lilith Fair, Sarah was awarded the Elizabeth Cady Stanton Visionary Award for furthering the careers of women in music.  She is an Officer of the Order of Canada, was appointed to the Order of British Columbia, and is the recipient of the Governor General’s Performing Arts Awards for Lifetime Achievement.
In 2002 she founded The Sarah McLachlan Foundation which funds the non-profit Sarah McLachlan School of Music. The program provides high quality music education and mentorship free to children and youth facing various barriers to access. From an early age, music provided Sarah with the tools she needed to navigate the challenges she faced in her life, so she recognizes how important it is for every child to have those same opportunities.
Skip to content