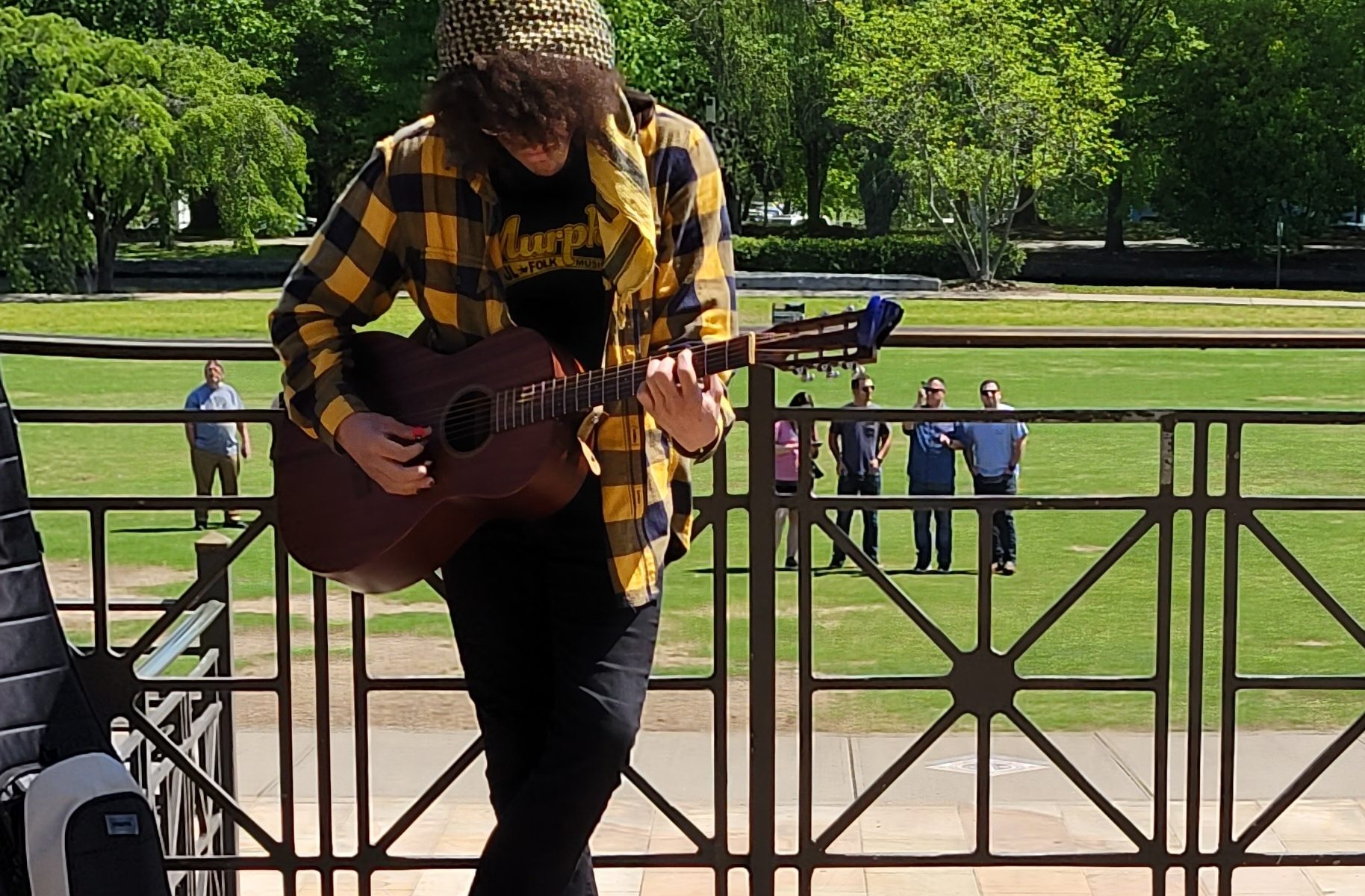 Murphy to debut on WhiteStickFest 2022

He picked up his guitar at one of his lowest points sat down and sung for passers-by describing it as his moment when he realised that if he could be happy in who he was on that peer than he needed little else.

playing his distinctive style of folk, soul, rock and roll from New Orleans to New York to LA busking for food and living on the streets.

Murphy instantaneously became a fan favourite with his soft spoken nature, his beautifully written and performed lyrics and his positive outlook often accompanied by a warm smile.

He got the golden ticket to Hollywood but was deemed by the judges to not quite be ready to progress further not surprisingly this turned out to be an unpopular decision with his millions of new and adoring fans who loved everything that he was and stood for.

In a very Murphy like way he thanked all for the opportunities and never looked back going from strength to strength and being brought back by popular demand to perform at the finale of that season.

His debut single, "The Painted Man," was released in early 2022.